Tasmania's first grape vines were planted soon after the First Fleet arrived in Sydney Cove, 15 years before Van Diemen's Land was even settled.

An optimistic Captain William Bligh of Bounty fame planted grape vines, fruit trees and vegetable seeds in the sandy soil of Adventure Bay, on Bruny Island, south-east of Hobart. His hope was that the plantings would provide food for the island's Aboriginal inhabitants as well as the sailors, soldiers and settlers who would soon follow.

Captain Bligh's vine cuttings wouldn't have survived the first visit by browsing possums and wallabies. But when British settlers arrived in 1803, they planted more vines on the shores of the River Derwent and by the 1830s there was a productive vineyard in New Town, on the site of today's Ogilvie High School – samples of Tasmania's colonial wine were sent to the Crystal Palace Exhibition in London in 1851. But vine disease, the loss of workers to the Victorian gold fields and a poor choice of grape varieties for the climate saw the Tasmanian industry fade away by the end of the 1800s.

Nothing much happened for fifty years. Then, post-World War II migration brought a French winemaker and an Italian businessman to settle in Tasmania. Jean Miguet came to Tasmania to work on the island's hydro-electric power schemes. In 1951, he arrived in northern Tasmania to find a land with soils and climate similar to his native Provence in the south of France. Jean planted a vineyard at Lalla, east of Launceston, named it La Provence and began making wine.

Claudio Alcorso came from Italy to build a successful textiles business north of Hobart. He bought a peninsula jutting into the Derwent, planted vines and sheltering rows of poplars, built a winery and two beautiful homes. Claudio's Moorilla Estate is now the home of MONA, the Museum of Old and New Art – and the source of fine Moorilla vintages. Jean and Claudio understood Tasmania's potential because of the knowledge and experience they had brought from their European homeland. They knew that cool climates could create great wines – and they understood that the environmental character of a vineyard could be expressed in the grapes it produced.

It was the same insight that would soon attract two more pioneers of the Tasmanian wine scene, both of whom searched for – and valued highly – the subtle and complex concept of 'terroir'.

'Terroir' is based on the understanding that the physical environment in which vines are grown – not just the soil, but the temperature, rainfall, altitude, solar aspect and slope – work together determine the unique qualities of the fruit the vines produce, and then, with the critical influence of the vigneron, the character of the wine that is made from those grapes.

In the late 1960s, Graham Wiltshire developed Heemskerk Vineyard at Legana on the Tamar River; and Andrew Pirie, who was soon to prove that Tasmania could produce world-beating sparkling wines, established Pipers Brook Estate in the early 1970s at Pipers River, a little further east. 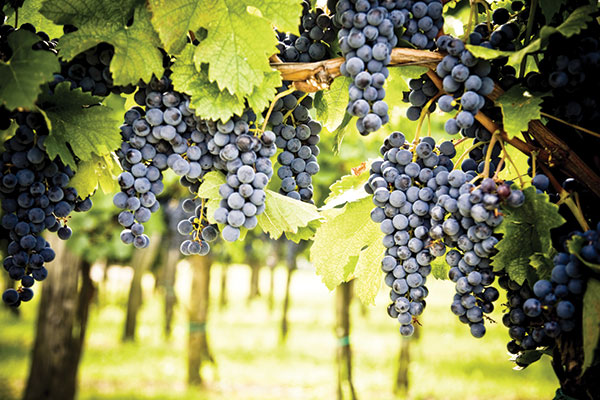 'Terroir' is based on the understanding that the physical environment in which vines are grown – not just the soil, but the temperature, rainfall, altitude, solar aspect and slope – work together determine the unique qualities vine's fruit.

They planted riesling, chardonnay and pinot noir, the classic varieties of Alsace, Champagne and Burgundy; and cabernet sauvignon, the cornerstone of Bordeaux wines. They tested the soils, studied temperature and rainfall records and chose sunny, well-drained, north-facing slopes to maximise autumn sunshine.

The decisions they made and the lessons they learned guided the next wave of grape-growers and wine-makers, as Tasmania's vineyards expanded through the end of the 20th century and into the 21st.

Want to hear more from the Gasworks Cellar Door?
Sign up to receive exclusive news deals and giveaways straight to your inbox.